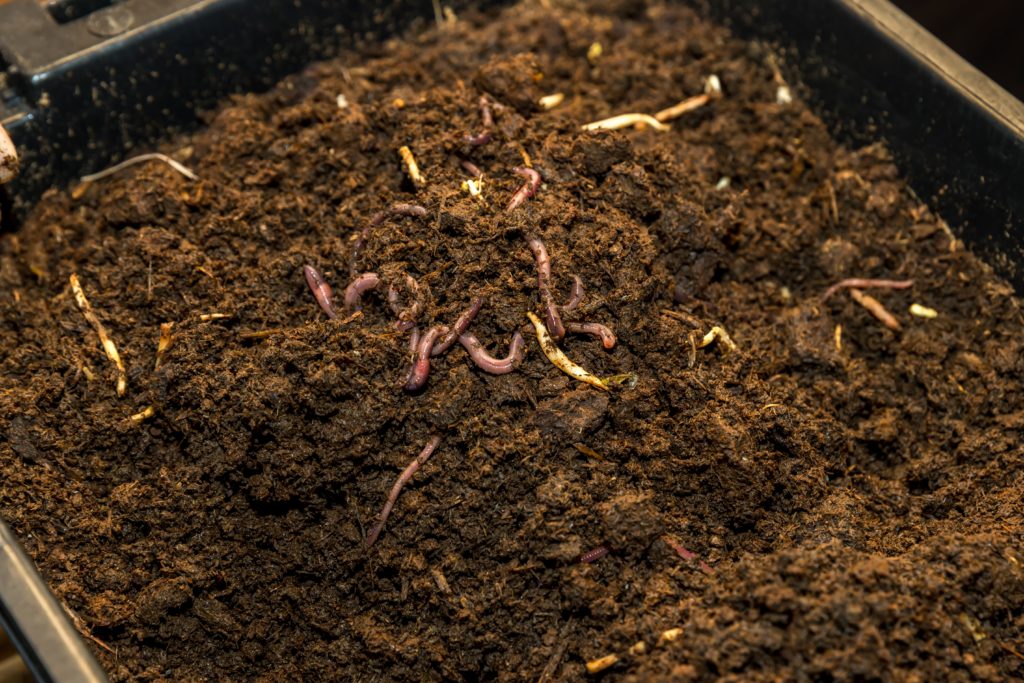 Vermicompost is produced by the combined work of earthworms and microbes. Microbes are microscopic organisms including beneficial bacteria and fungi, and two other groups called protozoa and nematodes.

These micro-organisms are as important to vermicompost as the worms themselves! 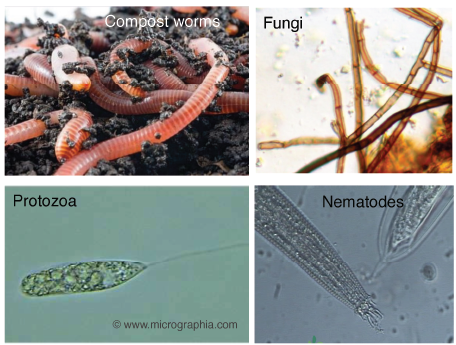 Images used with permission. Fungi and Nematodes credit to Earthfort.

Vermicompost starts out as small pieces of organic matter. The bacteria first latches onto the edges of this matter and starts to break it down.

The worms don’t actually eat the organic matter, they are munching on the decomposing material and the microbes. As it passes through the worm’s gut, it gets ground up in the crop and gizzard, and then moves into the intestine.

The worm’s intestine is a gut biome – an incubator for microbes.

Millions of resident microbes in the worm’s gut continue to break down the food, and the microbes reproduce exponentially.

When the worm castings are excreted, millions of new live microbes pass out with the castings.

When we finally harvest the vermicompost, we take the worms out – but the microbes stay! They will bring much of the benefit of vermicompost to our plants in the soil. They interact with plant roots, taking sugars from the plant and give back minerals and nutrients in exchange. This synergy helps plants grow strong and healthy, and more resistant to pests and diseases.

So, it is really these micro-organisms that make vermicompost a “living” soil amendment.