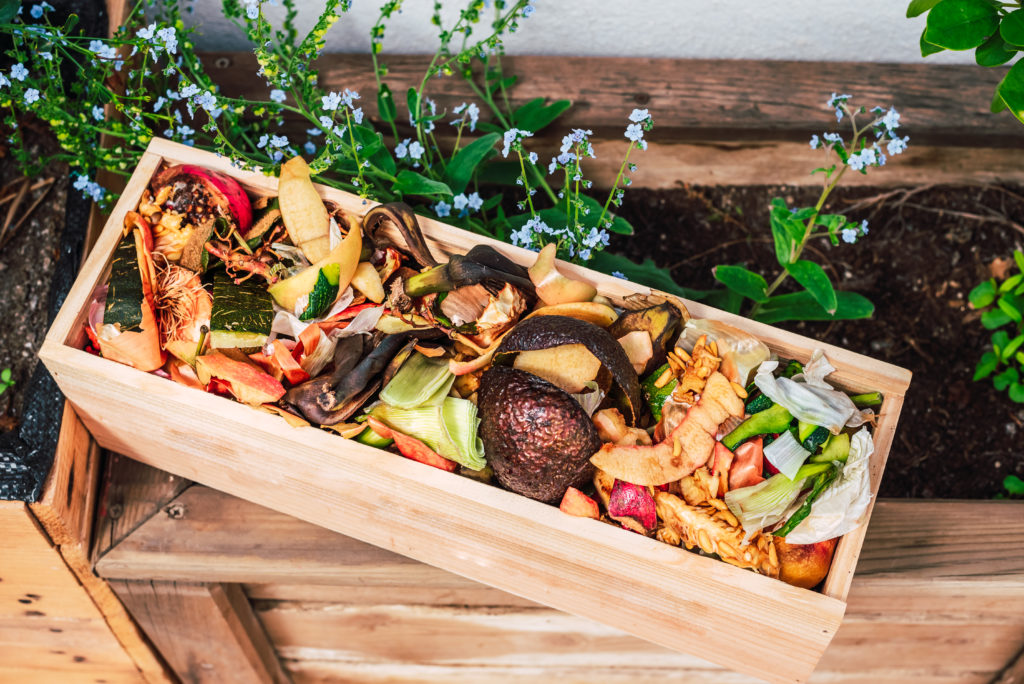 There are five key components that need to be “controlled” during composting for it to be successful.

Smaller particles increase the surface area on which microorganisms can feed, and produce a more homogeneous compost mixture that improves pile insulation to help maintain optimum temperatures. Chipping and shredding materials will produce smaller particles. However, if they are too small they could prevent optimal air flow.

Moisture is necessary for the survival of microorganisms living in a compost pile. Water is the primary element that helps transport substances within the compost and makes the nutrients accessible to the microbes. Organic material contains some moisture in varying amounts, but moisture may also come in the form of rainfall or intentional watering.

Turning the pile, placing the pile on a series of pipes, or adding bulking agents such as wood chips all help to aerate the compost pile. Proper aeration allows decomposition to occur at a faster rate. However, it is important not to provide too much oxygen, which can dry out the pile and impede the composting process.

Microorganisms require certain temperature ranges for optimal activity. Temperatures above 131ºF (55ºC) are required to destroy pathogens and weed seeds. Microbial activity itself will raise the temperature of the pile’s core. Controlling the previous four elements will aid in maintaining proper temperature.

Static pile composting is ideal for anyone looking to compost small amounts of vegetative food waste and yard trimmings. Animal products and large quantities of food scraps are not appropriate. 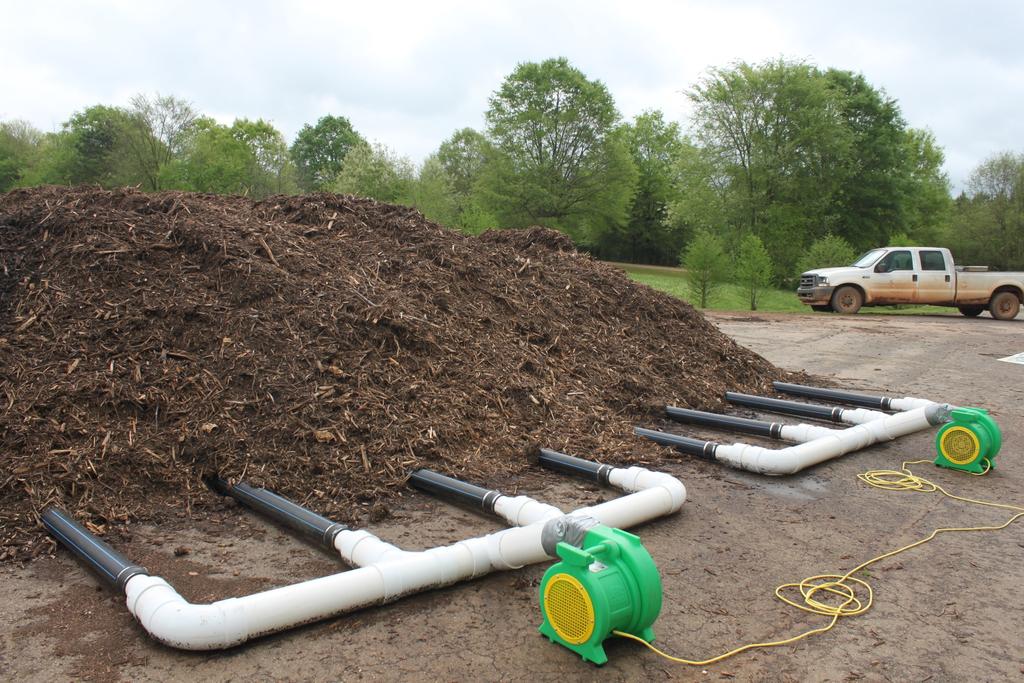 Aerated static pile composting is an improvement on static pile composting. It produces compost fairly quick (within three to six months) and is suitable for a relatively homogenous mix of organic waste. This method works well for larger quantity generators of yard trimmings and compostable municipal solid waste (e.g., food scraps, paper products), such as local governments, landscapers, or farms. However, it does not work well for composting animal byproducts or grease from food processing industries.

In this composting method, organic waste is mixed in a large pile and aerated by adding layers of loosely piled bulking agents (e.g., wood chips, shredded newspaper). This allows air to flow from the bottom to the top of the pile. The piles can also be placed over a network of pipes that deliver air into or draw air out of the pile. Air blowers may be activated by a timer or a temperature sensors. 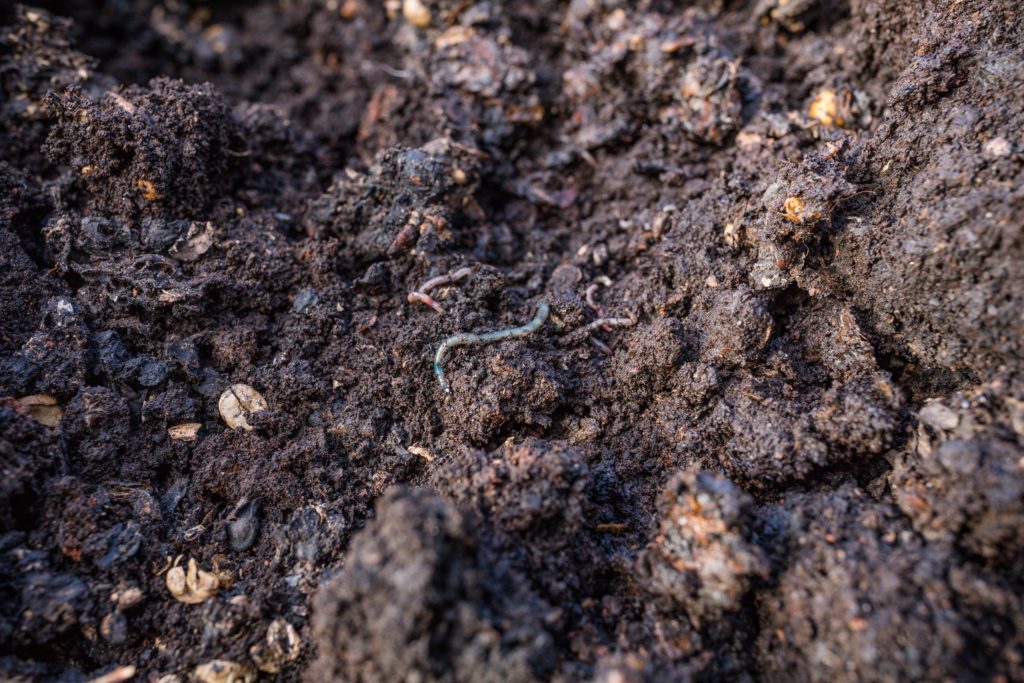 Red worms in bins feed on food scraps, yard trimmings, and other organic matter. They break down this material into high quality compost consisting of worm castings and other organic materials. You can easily construct your own worm bin or find a variety available for purchase. One pound of mature red worms (approximately 800-1,000 worms) can eat up to half a pound of organic material per day! It typically takes three to four months to produce usable castings which can be used to amend potting soil. 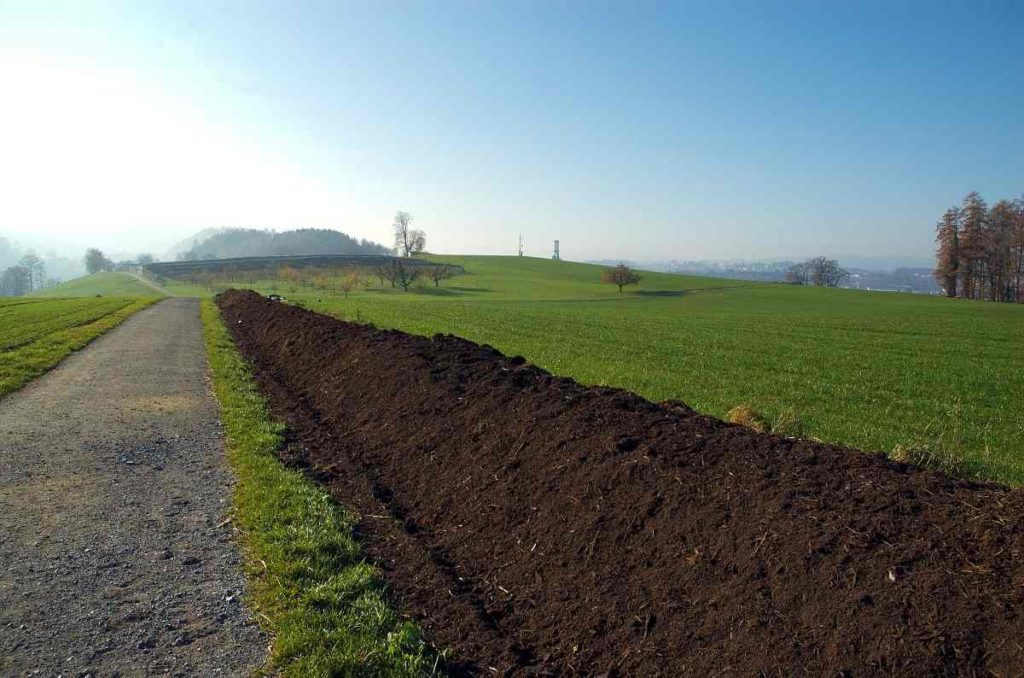 This type of composting involves forming organic waste into rows of long piles called “windrows” and aerating them periodically by either manual or mechanical turning and will yield significant amounts of compost. The ideal pile height is between 4 and 8 feet with a width of 14 to 16 feet. This size pile is large enough to generate enough heat and maintain temperatures. It is small enough to allow oxygen flow to the windrow’s core.

Large volumes of diverse wastes such as yard trimmings, food waste, and animal byproducts (such as fish and poultry wastes) can be composted through this method. 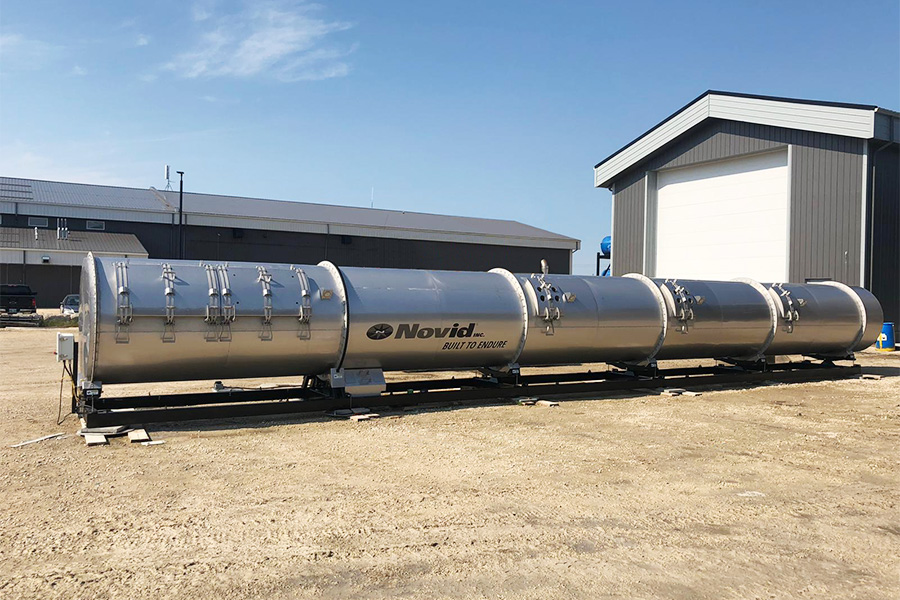 In-vessel composting can process large amounts of waste without taking up as much space as the windrow method. It can also accommodate virtually any type of organic waste (e.g., meat, animal manure, biosolids, food scraps). This method involves feeding organic materials into a drum, silo, concrete-lined trench, or similar vessel. This allows more control of the environmental conditions such as temperature, moisture, and airflow. The material is aerated through mechanical turning or mixing and the size of the vessel can vary in size and capacity.

This method produces compost in just a few weeks; however, it takes a few more weeks or months of curing until it is ready to use.