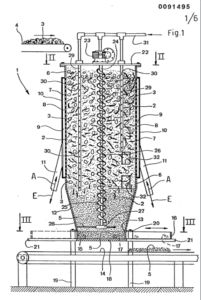 Commercial vermicomposting machines are a relatively new invention—the first concept appeared only 40 years ago. They quickly took the form of a long raised trough and evolved through efficiencies to the machines we know today. But they weren’t always that way!

The first patent in the world for a continuous flow vermicomposter was in 1982, a strange silo-like contraption that was 10 meters (30 ft) tall.

It was used for processing organic sludge waste into fertilizer—fed by a conveyor (turned by an agitator screw) with perforated side walls for expulsion of fumes. Obviously not an aerobic process!

The evolution of the continuous flow through (CFT) vermicomposting system can be traced through a series of milestones in its development:

Dr. Clive Edwards and a team of agricultural engineers do the first work on worm propagation using the continuous flow concept; the forerunner of the modern-day continuous flow reactor.

Edwards moves to Ohio State University as chair of the Entomology Department and researches vermiculture and plant benefits, with further work into continuous-flow reactors.

Dan Holcombe works with Dr. Edwards and builds a large CFT reactor based on Phillips’ concept. He starts Oregon Soil Company and processes grocery waste. The design is used in several other large-scale projects in later years.

Dr. Scott Subler assists Edward’s research at OSU, and leaves in 1998 to start a vermicomposting company in Washington. There, he built a large scale CFT using available hardware, and established the benefits of pre-composting.

Albert Eggen applies for a Canadian patent for his Vermitech system, a fully enclosed system with automated features including temperature-controlled ventilation.

Jack Chambers patents a CFT design with a cutting bar track based on the dairy alley scraper.

Dan Lonowski commercializes a system for economical mass production and is granted patents for its rail-guided cutting bar.

Many people contributed to the CFT’s development, and the most notable ones left their mark with ideas that endured in products we see today.

Dr. Clive Edwards was seminal in shaping the continuous flow systems we know today.  All of the early developers were influenced by him and worked on their own implementations. 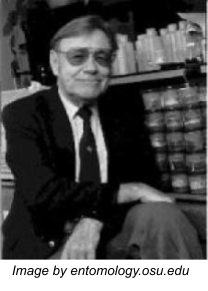 “…The frequent addition of thin layers of organic wastes encourages a continuous vertical movement of the earthworms upward toward the newly applied layers, leaving relatively earthworm-free vermicompost, or casts underneath.

This behavior pattern was used as the basis of the development of automated continuous-flow vermicomposting reactor systems (Phillips 1988), where the rates of regular addition of fresh organic wastes to the surface was equaled by the rates of removal of earthworm-worked wastes or vermicomposts from the base of the reactor….”  —Source: Vermiculture Technology 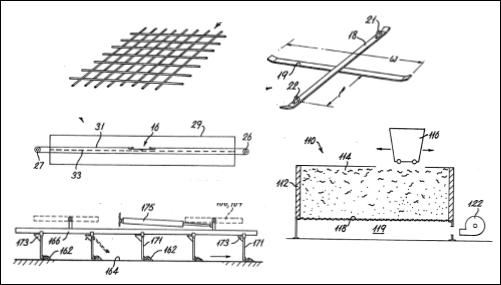 Victor Phillips, a colleague of Dr. Edwards, patented the first system in 1986, laying out the key components of a modern continuous flow vermicomposter—the horizontal bin, grating, and cutting bar, along with a means to move the bar, and feeding and collecting mechanisms. 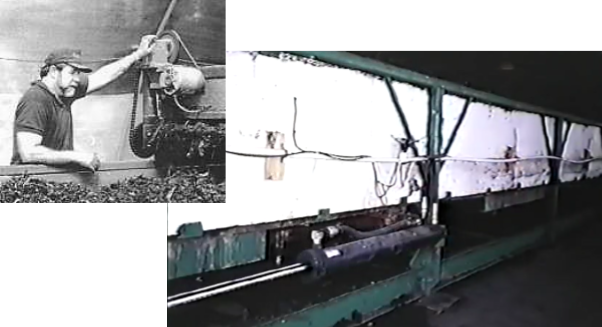 Dan Holcombe, Oregon Soil Corp., with his machine based on Phillips’ concept from 1996. His bed was 120 ft long x 8 ft wide, and used hydraulics to move the breaker bar and scraper for harvesting. 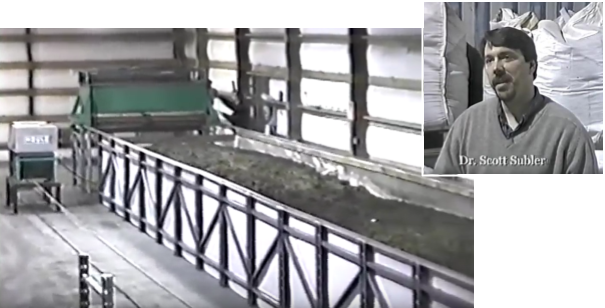 Dr. Subler and his system at Pacific Garden Corp. in Washington State, 1999, where they established the benefits of pre-composting feedstock to remove thermal energy before feeding to the worms. 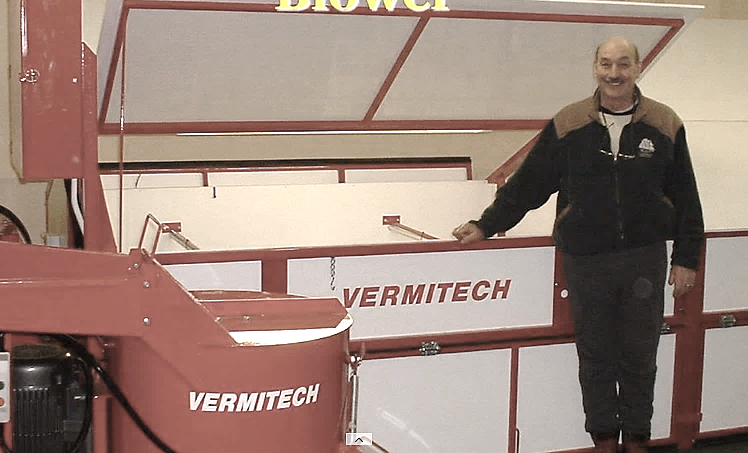 Albert Eggen, founder of Original Vemitech Systems, Ltd., holds three international patents—the self-harvesting Vermi-Organic Digester, a paper and food waste processor, and the Original Vermicomposter, an indoor home/school vermicomposter. In the last 20 years, Eggen’s main focus has been larger temperature-controlled systems, capable of handling 50 to 850 pounds of organics per day. See one of his Vermitech models from 2005. 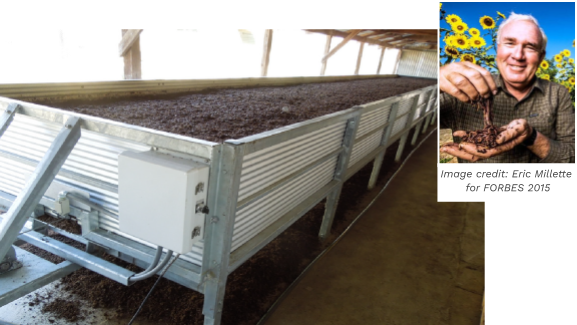 Chambers has one of the largest CFT-based operations in the world at Terra Vesco. He made his design available for sale for a few years. One of these is famously featured in the movie, The Biggest Little Farm. 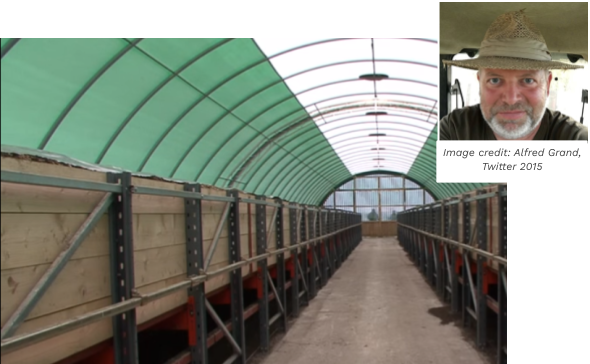 Alfred Grand with his ‘turn-key’ VERMIC system in Austria, 2015. He developed a recipe for feedstock entirely from composted vegetation and no animal manures.